Paul 4 weeks ago
Back to news 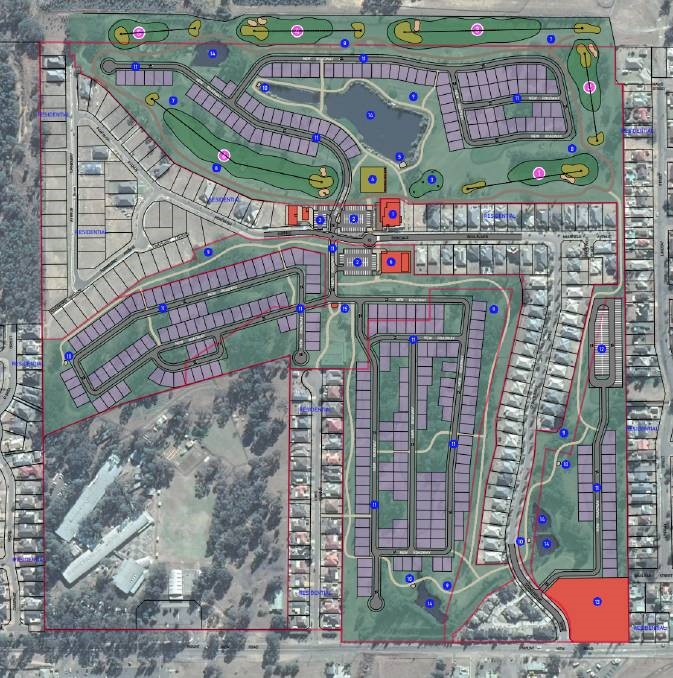 Central Coast-based Developer, Stevens Group has lodged a plan for a proposed development at a public information session in February 2020 and has entered into a heads of agreement with the former Club’s administrator regarding the potential development.

The Club had been operating since 1926 and the closure was considered devasting for the local community by the Club’s former president, Robert Hodge.  The Club had previously had a major redevelopment that included a 18-hole Jack Newton-designed golf course a new clubhouse plus a 138-lot subdivision which opened in 2012.

The proposed development by Stevens Group would convert the Course to 12-holes, but use the existing clubhouse.  The shorter Course is believed to be more attractive to older players as 18-holes can sometimes be too long to play.

All 12 holes would be reconfigured in the proposed development, with six to the north of the clubhouse and a further six on the north-eastern side of Lindsay St.  A total of 328 homes would be linked via a network of new internal roads.

Stevens Group is planning to lodge a DA in coming months Stevens Group director Brett Harrod believes it’s “very much early days” at present with “a lot of water to go under the bridge”.

“It will still have membership and public golf id our model works”, said Brett Harrod.  “We’re looking forward to being able to continue with that social amenity for the locals who have been playing golf there for years” he added.

Considering the expansion in both housing developments in the Greater Hunter and Newcastle area, including the creation of new suburbs and sub divisions, this development may prove very popular, if approved by Council.  Golf is very popular in the Hunter, Newcastle and Port Stephens area which boasts a number of championship Courses, some of the top ranked Courses in Australia and a wonderful climate.