The Country Club of Miami is an urban community in South Florida. Located near Hialeah, the club has Miami Lakes to its south, Opa-Locka to its east, and the county of Broward to its north. It is also close to the neighborhoods of Palmetto, Pembroke Pines, Palm Springs North, and the I-95.

The Country Club Of Miami is a community of single-family golf homes offering an assortment of beautiful styles, varying sizes, and affordable prices to choose from. Golf residences range from around 1,750 to over 3,373-square feet of living space. Most of the golf houses for sale are single-family golf estate homes, townhomes, or apartment complexes built between the 1970s and 1990s, although there are also a number of characterful houses built during the 1940s. In addition, the Country Club has a number of high-rise condominiums with perfect views of the ocean and the Miami skyline.

Known for its tranquility and small-town vibe the neighborhood is rich in culture as it is a melting pot of many international residents. The community is also blessed by an assortment of retail, parks, restaurants, and top-rated elementary schools that attract home buyers. In recent years, the Country Club widened its roads to complement the growing number of residents.

The Country Club of Miami, which is open to the public and where the residential community got its name, continues to draw people in. The club boasts 36-holes of well-maintained and professionally designed golf with manicured fairways and newly grassed greens. Originally a Robert Trent Jones, Sr. design, the club was founded in 1961 with Arnold Palmer as its first professional. Jack Nicklaus played his first professional tournament at the club and its most famous member and resident, comedian-actor Jackie Gleason played host to celebrity golfers including Bob Hope and Bing Crosby.

The West Course, a 7,017-yard par-72 layout with a slope of 132, hosted the 1991 Senior PGA Tour National Qualifying School and was the original site for the former National Airlines Open. The par 70 East Course is the somewhat shorter at6,353-yard layout and requires shot placement and strategy from both the novice and serious golfer. Golfers at the club will find a range of practice facilities including a driving range and the Country Club of Miami has PGA instructors who can help players perfect their swing and improve their game. 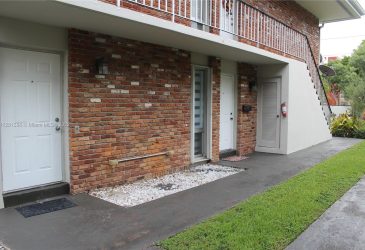