The Club at Ibis, Legend Course

In 2017 the Legend Course underwent a major renovation that modernized the routing for all to enjoy. Jack Nicklaus launched a perfect ceremonial first tee shot in the fall of 2017, just like he had done in 1991 when the par 72 layout first opened. The newly redesigned Nicklaus Signature Course has been described as his “masterpiece,” and it's a favorite of club members.

Golfweek magazine has named the Legend Course one of America's “Most Distinctive Courses.” But, make no mistake - it's a 7,442-yard challenge that tests even low handicappers. To help players get to grips with the layout the club has ample practice facilities for its members including a driving range, pitching and chipping area, and a putting green.

Along with three championship golf courses, there is an array of other sports and activities at Ibis such as 16 Har-Tru hydro grid tennis courts, four pickleball courts, an innovative 15,000-square-foot fitness center, resort-style pool, and lap pool, and a relaxing spa. The clubhouse has a Pro shop along with bar and restaurant options ranging from casual to fine-dining and there is a selection of function spaces that can cater for members' private events.

The Club at Ibis

The Club at Ibis is a private West Palm Beach Country Club conveniently located within the high-energy lifestyle communities of the Palm Beaches, just seven miles west of I-95 on Northlake Boulevard. Named after the graceful white birds that call Ibis their home, this 1,900-acre community will consist of 1,864 homes at completion in 33 distinct communities.

For those who love natural surroundings and beautiful wildlife, The Club at Ibis is sure to please and enthrall even the most avid enthusiast. Ibis, situated adjacent to the Grassy Waters Preserve, is where residents can catch a glimpse of fascinating creatures such as deer, otters, and even the occasional alligator! The Preserve has an amazing variety of plants and animals native to Florida and this habitat for protecting nature only enhances the peace and tranquility for which Ibis has become known.  Ibis is the only country club community to boast three Nicklaus-family designed golf courses, the Legend, the Heritage, and the Tradition, makes Ibis a premier location to call home. 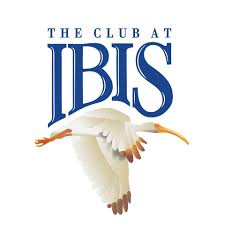 The Club at Ibis, Legend Course 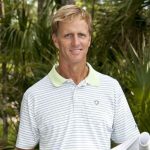