When Kevin and Madelyn moved to PGA Village in Port St. Lucie, Florida they were seeking a very specific blend of lifestyle, climate, location and golf.  They found all four just 100 yards from the 15th green.

Kevin and Madelyn are a semi-retired professional couple who met later in life, both having prior long term marriages.   Combined they have 5 sons and 5 grand-children located throughout the USA.  With two of Madelyn’s sons living in Orlando, Madelyn and Kevin needed enough room to have them come to stay from time to time, combined with 54 great reasons to visit and experience the three Courses designed by Tom Fazio and Pete Dye.

Both Kevin and Madelyn have lived in Florida for many years with Kevin moving over 20 years ago and Madelyn, already a resident of Orlando, moving to PGA Village within the last 10 years.

Kevin has owned golf course homes previously and is passionate about the game as well as the lifestyle enabled by living in a Golf Community.  Having spent a number of years as a Golf Pro, Kevin couldn’t wait to move into their new residence in PGA Village and combine the benefits of living in a beautiful home within one of the 75 Best Golf Resorts in the USA while being literally minutes from a choice of three Championship Courses at PGA Golf Club.

Having had experience in other Golf Communities, the choice to live in PGA Village was an easy decision.  Being just under 2 hours drive from Orlando in the north, Port St. Lucie is equidistant between Orlando and Miami in the south, while a little further from Naples to the west.  The location, climate and lure of the three PGA Championship Courses created an unbeatable combination for Kevin and Madelyn.

Add some great restaurants, fabulous Club house, wonderful neighbors plus the added security of living in a gated Community, the decision to relocate to PGA Village ticked a lot of boxes for Kevin and Madelyn.

“Plus, it’s hard to beat living in a location that is purpose built around the game you love and the lifestyle which accompanies that,” notes Kevin.  “The entire PGA Village is built around golf predominantly, while offering a range of other facilities and activities for those who may be less golf-minded.”

Although Kevin remains an avid and frequent golfer, Madelyn is yet to take up the game, preferring to spend her spare time on other business interests, keeping in touch with family and enjoying being active in the local Community.

And golf isn’t the only sports and leisure activity available at PGA Village, which also boasts spectacular tennis facilities, pickleball, swimming pools as well as walking and bike trails plus numerous social events and clubs.

“We are spoilt for choice here”, says Kevin.  “There are numerous social and club activities, in fact, too many to participate in all of them.  We have a close circle of friends that we hang out with from time to time plus save some time to spend with each other and play a little golf.”

“We are also very fortunate to have met some very nice neighbors”, adds Madelyn.  While approximately 40% of the residents are part-time, flying in from less favorable climates around the USA, a good number are here permanently.  It only takes a couple of weeks of cooler temperatures in the northern states for us to see those snow birds flying down to Florida to warm up again and play some golf.” 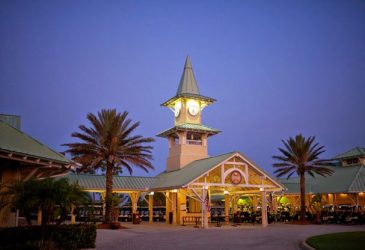 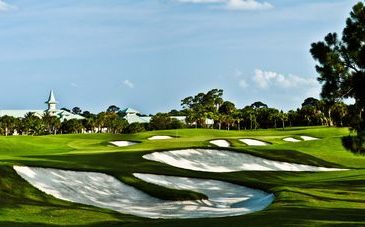 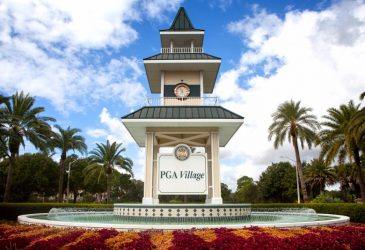 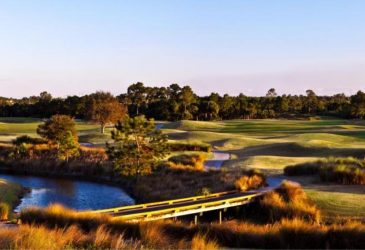